Why are Impressionist Paintings So Popular Today?

Art comes in many different forms and techniques, with some being more popular than others. Impressionism is one art form with a wide appeal, considered the most impactful art movement in history. Even today, art enthusiasts flock to major museum exhibits to see the blockbuster impressionist paintings from the world’s most renowned artists. 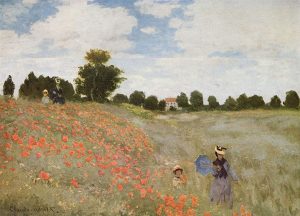 The broken colors, loose brushwork, relaxed drawings, and fleeting compositions are a sight to behold — so much so that it hasn’t been enough to witness the beauty of impressionist paintings in canvases displayed in museums. The art form’s popularity has extended its use from the canvas to other mediums such as posters, calendars, and reproductions.

Impressionist paintings display the environment that surrounds us — from nature’s greeneries to the hustle and bustle of city life. We see impressionist art depicting beaches, hotels, parks, cafés, and other locations that we witness around us.

Their familiarity enables viewers to see themselves on the canvas, with images that represent people and modernity. They are able to resonate with the painting, and that connection turns to interest and appreciation. Impressionist paintings reflect modern life, in stark contrast to many other artistic styles that were focused on mythological subjects and historical ideas.

Evolving and Adapting to Taste and Trends

Because impressionist paintings duplicate modern life and surroundings on a canvas, styles and techniques used in the art form have also evolved. In 1857, for example, artists painted nudes to tell a story, which was viewed as contemplative and even pretty at that time.

As times changed modern trends and ideas, impressionist paintings have also adapted. They became looser, brighter, and prettier, reflecting the evolution of humanity as well as the impressionist movement. These are paintings created by impressionist art figures such as Pierre-Auguste Renoir, Claude Monet, and Edgar Degas. 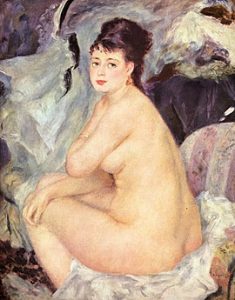 Impressionism offers the best of both worlds — incorporating familiar day-to-day sceneries but reflecting them in a radical and innovative manner. It displays what we normally see in a different light, which enables us to appreciate it from a familiar but also refreshing point of view.

This is what has attracted many art enthusiasts to the impressionist movement, supporting works from painters such as Pierre C.A. van Dijk, who blends both impressionists and post-impressionist elements in his masterpieces.

While many appreciate precision, fine lines, and glossy paintings, there is a market for chaotic-looking artworks. Impressionist art is just that — broken streaks of color and loose and inaccurate brush strokes. Impressionist paintings look almost unfinished and rushed, but that’s precisely where their beauty lies.

The impressionist composition captures the play of shadow and light on the rapid brush strokes and how they transform. Take Vincent van Gogh’s artworks, for example, that feature landscapes and night skies in bright and uncontrolled strokes of color.

Although Van Gogh’s artworks are considered a part of the post-impressionism artistic style, the technique is similar to what was used during the impressionist movement — except with the incorporation of geometric patterns and shapes, as well as vivid and unnatural colors. 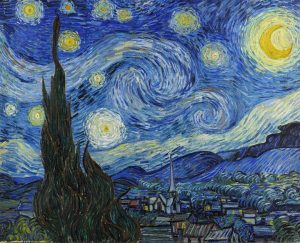 “The Starry Night” by Vincent van Gogh at MOMA

The subjects of impressionists paintings are rather straightforward, but the way they are portrayed invites curiosity and makes the viewer ask more questions. They become curious about the subject and the different elements, and the remarkable thing is that they can find their own answers and interpret the artwork as they please.

These are how impressionist paintings have earned their place as one of the most popular and sought-after pieces in the history of art — and the movement’s wide appeal will continue to last for centuries and more. 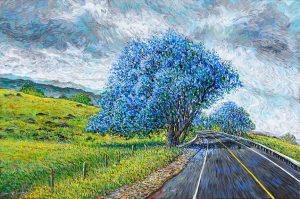 ← What Makes a Painting Abstract Expressionism? What Techniques Are Used in Pop Art? →
Manage Cookie Consent
We use cookies to optimize our website and our service.
Manage options Manage services Manage vendors Read more about these purposes
View preferences
{title} {title} {title}